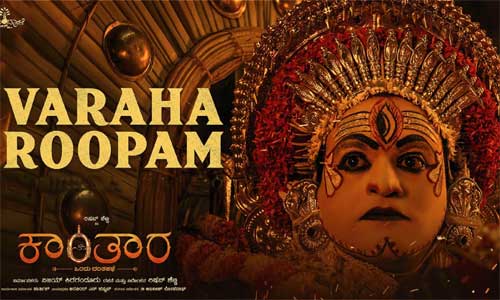 It has come as a shock to Kantara fans as the original Varaharoompam song was not there on the film’s OTT version. Thaikkudam Bridge sued the makers that their work was plagiarised, and hence Prime Video added a new version of it.

Fans urged the OTT platform to kindly add back the original version, which is the heart and soul of Kantara. They feel that the impact was heavily missing due to the absence of the original version. Now Republic and Prasthanam director Deva Katta voiced out on this issue.

He took to his Twitter handle and wrote that if Varaharoopam is a copy of Thaikkudam Bridge’s Navarasam, then we must not have any two songs in the same Raaga. Deva Katta wrote that as per this standard, half of all songs are copied. He further stated his disappointment over Amazon Prime’s omission of the actual version.